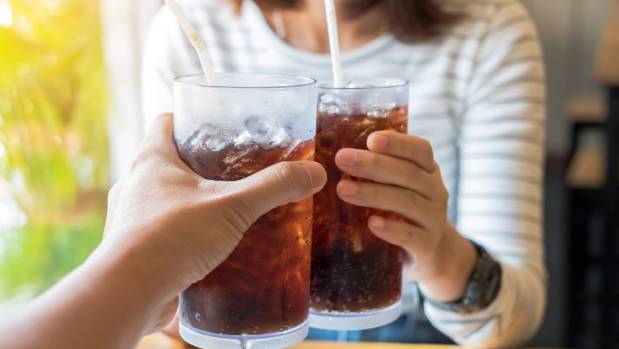 There are so many things to think about when you’re trying to increase your chances of conceiving.

Obviously, you’ll probably try and fall pregnant around the time you’re ovulating. You’re also likely to want to quit smoking or cut back on alcohol use.

But have you thought about how consuming soft drinks can affect your chances of having a baby?

New research suggests we should.

The research, published in the journal Epidemiology has shown that, when either partner drinks one or more soft drinks a day, it reduces the couple’s chances of conceiving.

The researchers came to these conclusions after surveying over 3800 women and more than 1000 of their male partners.

Interestingly, the study found little association between intake of fruit juices or diet soda and fertility.

On the other hand, it found that drinking energy drinks reduced a couple’s fertility even more.

“We found positive associations between intake of sugar-sweetened beverages and lower fertility, which were consistent after controlling for many other factors, including obesity, caffeine intake, alcohol, smoking, and overall diet quality,” said lead author Elizabeth Hatch, professor of epidemiology.

“Couples planning a pregnancy might consider limiting their consumption of these beverages, especially because they are also related to other adverse health effects.”

So do couples hoping to get pregnant really need to heed this advice about soft drinks, or is it overkill?

While he says this study has some downfalls, he believes it’s worth ditching daily soft drinks if you’re trying to get pregnant. He explains that soft drinks increase your insulin levels, which could potentially put you in a pre-diabetic range and therefore affect your fertility.

While he believes it’s fine to have soft drinks every now and then (noting that most things in moderation is “OK”), he says the most sensible thing to drink on a regular basis is water.

Apart from steering clear of daily soft drinks, Sgroi says there are other things you can do to optimize your chances of getting pregnant. These include regular exercise, maintaining a healthy weight, stopping smoking, decreasing alcohol intake and avoiding all drugs of substance. He says research has also found a “slight increase” in fertility rate when using the Mediterranean diet.

There are also some key factors needed for a couple to become pregnant. For men, it’s about having a good sperm count.

Factors that can help achieve that include being healthy and in a healthy weight range while avoiding toxins, steroids and other factors that can reduce sperm count.

For women, it’s about having a “receptive” uterus, ovulating and having open tubes. If you’re worried about any of these issues, see your doctor.

To increase your chances of conceiving, he says couple also need to engage in regular sex around the time of ovulation.

Lastly, he says, couples might need to be patient.

“For the vast majority of couples who are attempting to become pregnant, the overall chance of pregnancy is 20 percent per month, so that would mean that around 80 percent of couples would conceive within the first year.”

The bottom line is, there are things you can do to optimize your chances of becoming pregnant.

The takeaway message from this study, says Sgroi, is that “It’s probably, in a way, just proved that we should eat a healthy [diet] and maintain a healthy lifestyle”.